Stop Installing Node.js and Global Npm Packages, Use Docker Instead

Protect your system from vulnerabilities

There is a way to keep our computers isolated from malicious npm packages and cybersecurity vulnerabilities. It’s almost like Node and npm will be on an island.

We can use a Docker container to run Node.js and install npm packages.

What are Docker containers and why should we use them?

Docker is a software technology that creates a container that runs on our computer. A container is like running a mini computer within ours and restricts access to our files.

The problem with running Node.js on our computer is the growth of malicious npm packages. There are some malicious actors that purposely put malware in npm packages. They create packages with similar names (called typosquatting) hoping we will install the incorrect version so they can deliver the malware.

These types of npm attacks have been growing significantly and will continue being an issue in 2022 and future years.

What if we installed a malicious npm package and we can limit the extent of the damage? That is where containers can help.

Suppose we installed an npm package that deployed ransomware. All our files would become a victim to the ransomware attack if we were running Node.js on our computer.

Suppose we installed it inside a container. A properly configured container will limit access to the files added to the container. In theory, only those specific files will be compromised and our personal files should be protected. We can stop the container, delete the container image, purge all files associated with the container, and run an antivirus scan just to be safe. Given we commit our code to a software repository, we probably only lost a little bit of our code.

Using a Docker container to run Node.js is like putting our code in quarantine so that an infection does not put a strain on the whole computer.

How do I set up Node.js and npm on my machine?

Start by installing Docker Desktop on our development machine. We will want to create a Docker account also to take advantage Docker scan feature that we will discuss later.

After we install it, go to the settings.

Set the desired resource load in the “Resources Advanced” section. 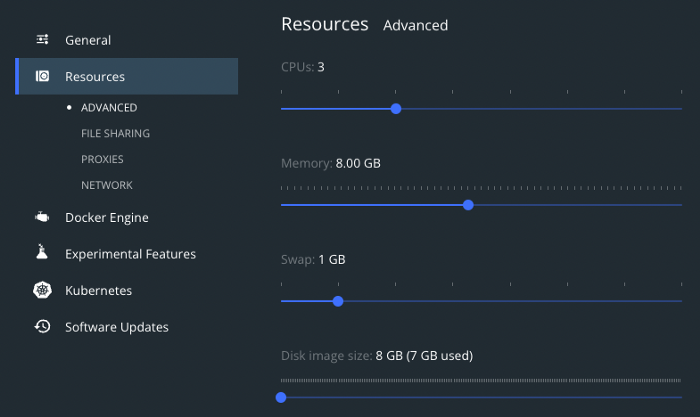 Go to our code folder. Create a file called docker-compose.yml in the top-level directory (or in every folder that we want a customized container).

The Docker Compose file creates and runs a Docker container without to build it.

The image: property defines the node container. The example uses an official Node.js container image. The version was selected based on the recommendation from the Docker scan.

The working_dir: property defines the home directory as /home/node/dev. (When we start the container it will show dev as the current folder.)

Using another image like one from Circle (e.g., circleci/node:14-bullseye) provides git and other common Linux utilities.

In our computer’s terminal, run the following command to start the container.

We will now see a prompt like node@502104098e72:~/code$ in the terminal. This means our terminal is now inside the Docker container running node.

Type the ls command to see our files. We should see our the files within the directory.

Open Docker Desktop and we will see our container running.

A container is running.

We can now run npm i -g some_package_name and npm ci within the container.

In the container’s terminal, type the exit command. Go to Docker Desktop and we should no longer see the container. 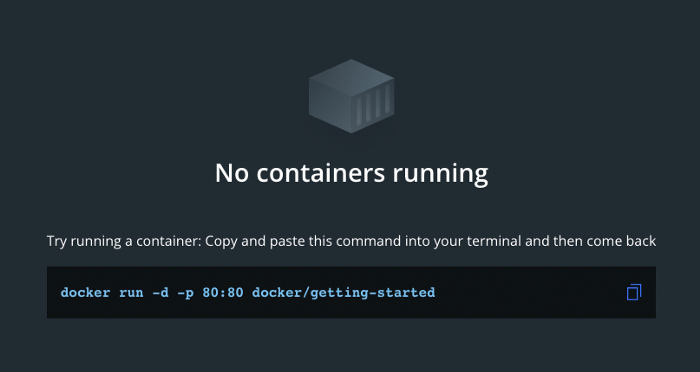 No container is running.

The --rm flag in the docker compose run commands tells Docker to delete the container after it terminates. This way we can keep our machine cleaner.

Keeping Docker up to date and clean

We should apply the Docker software updates when they become available.

After we apply the updates, we should scan our container for vulnerabilities with a Docker scan.

We need to accept the license to get started with Docker scan.

We can scan our Node.js container with the following command.

The scan output will recommend which container image to use. We will update the image: property within the docker-compose.yml file to have the recommend image.

Every so often we should clean up the images. 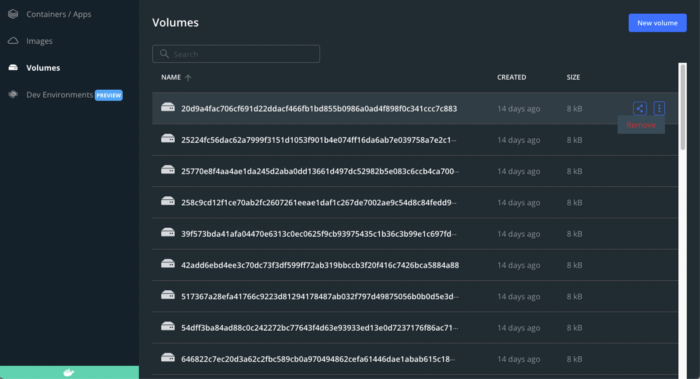 Using Docker containers is one way to protect our computers from malicious npm packages and Node.js vulnerabilities because code execution and runtimes are isolated to the container.

Photo by Tom Winckels on Unsplash

Did you find this article valuable?

Support Miguel A. Calles MBA by becoming a sponsor. Any amount is appreciated!